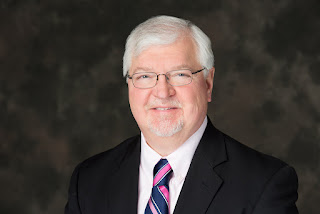 It's been a while since I've posted anything on this blog. I don't look anything like I used to. I've grown out my hair out like Jeff Bridges in THE BIG LEBOWSKI and I'm older. Perhaps a bit wiser as well.
I have a new granddaughter who is a delight. Beyond a rift with her parents that lasted nearly a year without communication, her birth seemed to resolve everything as Servpro says: like it never even happened.
I have five books now available as ebooks and in paperback. One is actually a trilogy called BOMBING, the culmination of a life-long dream of telling the story of what it was like to fly bombing missions over Occupied Europe and subsequently about the effort to burn Japan to the ground. The first two chronicle the life of John Hollis, a pilot. The first appropriately titled BOMBING and the second, THE BUSINESS OF KILLING continues his journey. The third is titled WHEN WE WERE YOUNG, the story of Hollis's bombardier after he bails out into France.  The first two have had excellent reviews. While some Facebook critics harp on the fact that there are so many books on bombing in the Second World War already, I've always believed that there can never be enough words written to describe what went on during the war. Very soon those who took part in that cataclysmic event will all be gone and no one will be alive to tell us as eyewitnesses what happened. Someone needs to keep those voices alive. The trilogy was my way of speaking for them.
My book, entitled HOW COULD YOU is the story of  murder and privilege. It is based on true events.
THIRTEEN DAYS is a novella that describes love and loss.
I am currently working on a novel about elephants and poaching. Elephants are so like us, I have found in my research, that killing them is tantamount to murder.  It's appropriately called IVORY. It won't be ready for some time.
There are other projects that will keep me writing till I die.