Love Means Never Having to Say You're Sorry 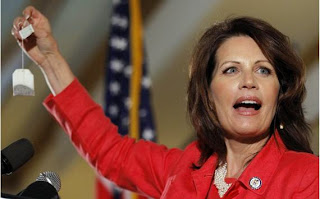 OK, let's move on, folks. Chris, it was a poor judgement in the use of your words. Making such a gaffe doesn't mean you have to apologize. What has it come to? Say something insulting then make it all better by apologizing sincerely? Michelle shows her cahones by not making it all better by saying all is forgiven. I would have liked her even better if she had smiled and said, "Consider the source."

A Memory of My Dad 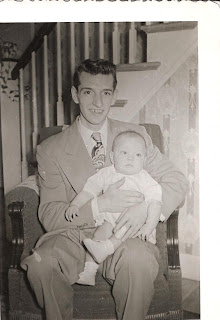 My favorite war story was one my dad told me. He was with the 26th Infantry Division in Patton's Third Army. My dad's best friend was John Benson who went into the army serving in the Combat Engineers with the First Army. (He claims to have been at the wheel of the first 2 1/2 ton truck onto Omaha Beach but who knows?) They were very close growing up and, living next to each other, were inseperable. They were both a trial and a joy for my dad's mom. She worried terribly about how Benny was making out in the war. To keep her from worrying, my dad told her in every letter he wrote home that he had seen Benny and he was doing fine. He allayed her fears and they both survived the war. In truth, they ran into each other only once, for a few moments in a blown out building near Metz. Their meeting was purely by chance. They did not see each other for the duration. My dad's mom went to her grave never knowing the truth.

I honestly think that my grandmother thought they were in Europe on a camping trip. She died before I got to know her but they told me she was one of the sweetest persons who ever lived. As he recalled the incident, dad said he was told there was a combat engineer unit nearby and started looking around. He found Benny sitting on the second floor staring across the room at a GI eating limberger cheese. They both talked about the smell of that cheese until the day they died. 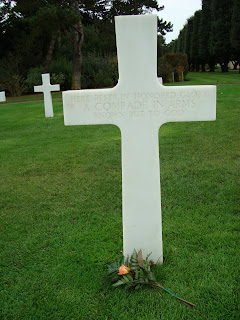 One of the most hallowed places you could ever visit is the Colleville US Cemetary on the bluff above Omaha Beach. Unknown soldier. How can we ever thank them? It goes to show you what one group of people is willing to do for another. God Bless and keep them in His heart. On this Day of Dayskeep them in your hearts too.
Posted by Doc Wes at 4:12 PM No comments: