I am confused. Any religion that abides by wonton rape and riot is no ‘religion of peace,’ one of the most incredible, ignorant statements ever made. Rape of infidel women and eradication of homosexuality are codified in the Qur’an. You can look it up.


Holocaust and the Jews? How about Holocaust for the Yazidis or any enclave of Christians in the Middle East?


For a political movement that thinks political discourse is a contact sport and the vagina is the seat of all power and reason, the Left shows rigid, almost visceral intolerance for any opinion but its own.


Which makes their tacit acceptance of Muslim women in subservient roles, child abuse manifested as teenage marriage, lopping heads off as a new outdoor sport and pitching homosexuals off rooftops so mystifying; especially so in the recent era of mandated equality for each small group of aggrieved citizens, real or imagined.  How can they be true to their faith, Progressivism, and abide by these dictates of religion?  Any religion. Failure to protest is implicit approval. Their silence speaks volumes about who they really are. Democrats, I mean


Were Episcopalians to suddenly and inexplicably embrace female circumcision as a tenant of their religion, the outcry would be deafening. Yet the Left steadfastly embraces abortion as if it is one of the Commandments. Is there a contradiction I am not getting?


My explanation is guilt. The Left is driven by an unassuaged guilt. Huey Long guilt. George Wallace guilt. KKK and lynching guilt. Rosa Parks to the back of the bus guilt. For Democrats, it is the byproduct of civil rights self-awareness and the post-Lyndon Johnson America which rendered millions of people subordinate. Today their guilt is a scream only they can hear. Still, with all the sordid history of Democrats and race, such hypocritical acceptance should not be surprising. So, I believe their behavior is either explained by a crushing subliminal guilt or a bizarre mutation in their collective DNA 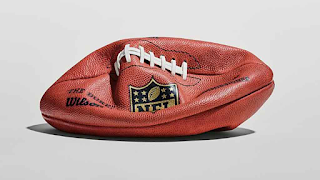 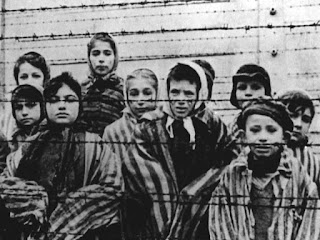 I've heard it said that admitting the immigrants/refugees from the chaos in the Middle East is analogous to taking in the Jews escaping Nazi Germany.  This is specious. No serious person can deny the horror both faced. The Jews were being rounded up by oppressors in an organized, systematic effort to exterminate them. The muslims in the Syria and elsewhere are being killed by other muslims. Not because of any prejudice but simply because they are in the way.  The true analog is the Christians being persecuted by the radical Islamists. My heart goes out to all of these victims. Should we let them in? Sure. As long as they promise not to kill us.
Posted by Doc Wes at 1:34 PM No comments: 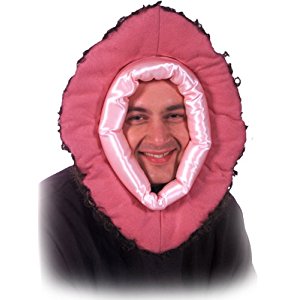 What has happened to us? Has all civil discourse been lost? Can't we have an honest exchange of ideas without spitting on each other or using 'fuck' in every sentence? I think people are so pissed off they can't even think straight. If you want to gauge how the right feels about this, imagine how the left would have felt if, on January 21, 2009, a half million men showed up in Washington in black face...
Posted by Doc Wes at 4:47 AM No comments:

For anyone who is a student of life and the spectrum of emotions, I suggest the CBS show "Life in Pieces." It is a marvelously crafted set of four short stories (pieces in the musical sense) that describe the triumphs and tragedies of life in the modern age. It never ceases to amaze me how much of life's hubris they can pack into less than thirty minutes (commercial time excluded.) If you haven't given out a shot, try it. You will be generously rewarded.
Posted by Doc Wes at 8:12 PM No comments:

This was a terrific Christmas. I was surrounded by my family and friends. Made out well in the gift department. Drank some wine, a little bourbon. I made a big fuss as I always do trying to achieve perfection for my family. That's the way I remembered Christmas growing up. Mom and Dad always made a fuss. Spent more than they could afford for their three boys.

But every time the gifts were opened and the excitement had settled, my dad would invariably get maudlin. I never understood why. Then one Christmas, when he figured I was old enough to understand he tell me his Christmas story. It was the winter of 1944-45. They would later refer to it as the Battle of the Bulge. He was an infantryman in the 26th Infantry.  It was a desperate battle to relieve Bastogne.

He and two other fellows were placed in a pillbox on a snow-covered hill. Their sergeant told them to hold this position at all costs. Don't let anybody get past here. Cold and scared, it wasn't long before three Germans, cloaked in snow-capes, appeared out of the fog and ran up the hill. The three Americans opened up and quickly killed the enemy soldiers.  The three infantryman ran down the hill and rifled through the bodies looking for personal items as souvenirs. They took wallets, identity tags, Lugers. They were young kids. They returned to their pillbox.

Dad looked at me, tears in his eyes and said, "And some German mother never knew what happened to her son." He never had a happy Christmas. I never spend a Christmas without thinking of that mother.
Posted by Doc Wes at 6:29 PM No comments: